David Trick offers specialized expertise in higher education strategy and management, based on his experience as a consultant, senior campus administrator, senior government official, innovative teacher, and award-winning researcher in the field of higher education. 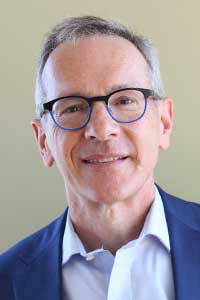 David is the former Assistant Deputy Minister for Postsecondary Education in the Government of Ontario, where he was responsible for managing the government’s relationships with colleges and universities during the most rapid period of enrolment growth since the 1960s.

David was the first Chief Executive Officer and Vice Provost of the University of Guelph-Humber, a unique partnership between the University of Guelph and Humber College to establish a new university campus in Toronto. During David’s term, Guelph-Humber enrolled its first students, launched six innovative programs and opened a 130,000-square foot state-of-the-art academic building.

Earlier David was Assistant Deputy Minister of Finance with responsibility for the provincial budget, taxation and federal-provincial finance. He has worked in the fields of intergovernmental affairs, economic development, labour market policy and demographic analysis. He has undertaken assignments at IBM Canada and at the Canadian Embassy in Washington, D.C. In 2019-20 he served as Interim President and CEO of the Higher Education Quality Council of Ontario.

David and co-author Ian D. Clark won the Institute of Public Administration of Canada’s J.E. Hodgetts Award for best article published in English in the journal Canadian Public Administration. David’s research on public policy has received the Douglas G. Hartle Award of the University of Toronto’s Institute for Policy Analysis.